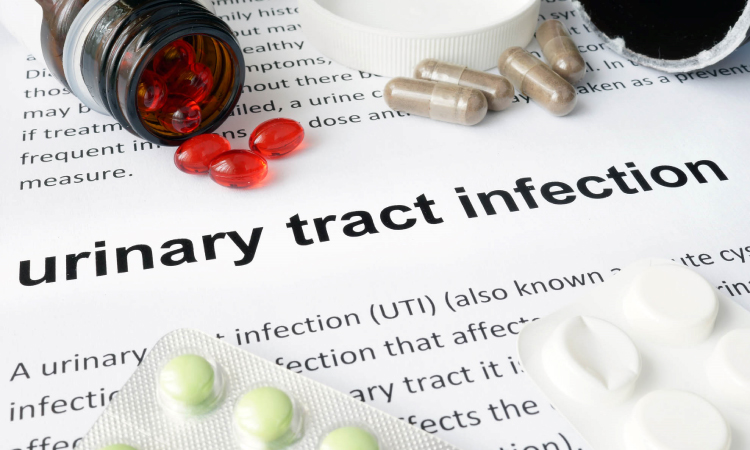 A Urinary tract infection (UTI) is an infection of the urinary system, including your bladder and urethra. As uncomfortable as it sounds. Symptoms of a UTI often include painful urination, frequent visits to the bathroom, and urinary inconsistence.

There are three kinds of UTI:

Pyelonephritis: It is a kind of infection that allows the bacteria to spread to the kidney through the bloodstream. As a filter, the kidney controls many things to keep us healthy, this infection directly affects the kidney and causes it to malfunction. This will result in immediate assistance such as Dialysis.

About 40% of women and 12% of men experience at least one symptom of UTI and visit the doctor annually. Also, if you experience two or more UTIs within a year, it is known as a recurrent UTI and should be addressed with your physician immediately.

Although the urinary system  is designed to keep bacteria out, problems can occur. Escherichia coli (E. coli) or other bacteria found in the intestines can enter the urinary tract through the urethra, they are bacteria that normally live in the colon and rectum. Once bacteria are introduced into the urethra, they multiply and travel up to the bladder. Urine flow from the bladder usually washes bacteria out of the body, women having a shorter urethra are more prone to UTI than men.

The many causes of UTI can be through,

People with diabetes or a weak immune system are at high risk for such infections. Pregnant women with UTIs should meet their physicians and get treated as soon as possible. Kidney infection in a pregnant woman can be very hazardous for both the mother and the fetus

UTI can be characterized into two variants depending on their symptoms:

Upper UTI usually infects the kidney and the tubes connecting the bladder and kidney, some of the symptoms experienced are,

Lower UTI affects the bladder and the urethra, Symptoms include

UTI is common among women than in men, you may be prescribed antibiotics for self-directed use. Getting to know the early signs of infection will help a person take their antibiotics as soon as they are needed.

It is vital to work closely with the doctor and ask for further treatment if UTIs continue to recur.